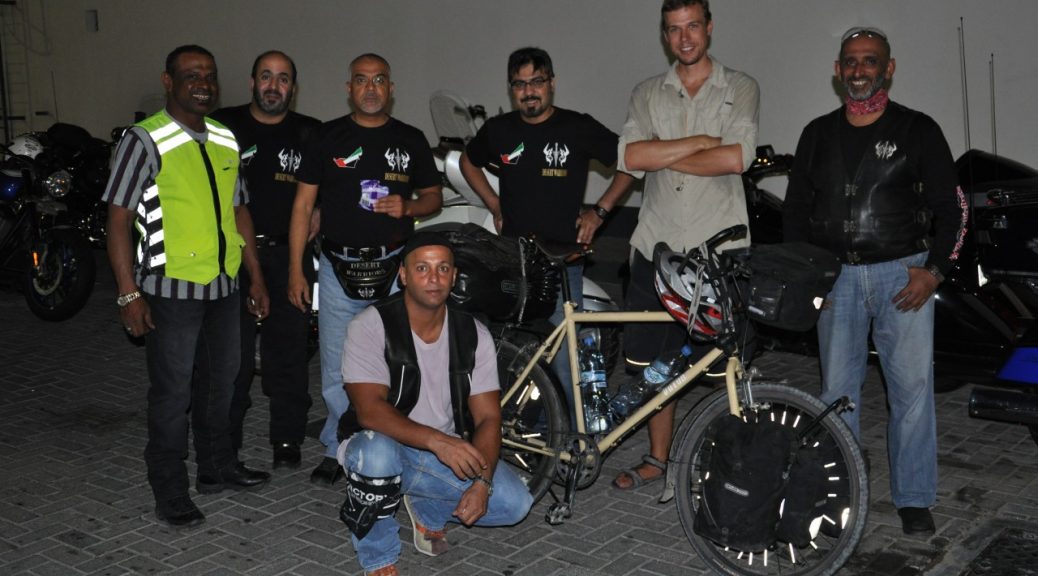 With Abdel and Guillaume I drove four days trough the Emirates by car. We wanted to get out of Dubai, because we were bored of the malls. Therefore we drove into the desert. There we met arabian camels and climbed some sand dunes. I really enjoyed to see the original Emirates, not only skyscrapers. Always we slept outside under the sky, in the evening we went for eating by Indians in a small town or cooked by ourselve. It were some nice days we enjoyed in seclusion. Finally we visited the Sheikh Zayed Grand Mosque in Abu Dhbai, the third largest mosque in the world. Back in Dubai, we’ve got our passports with indian visa on the next day. [...] 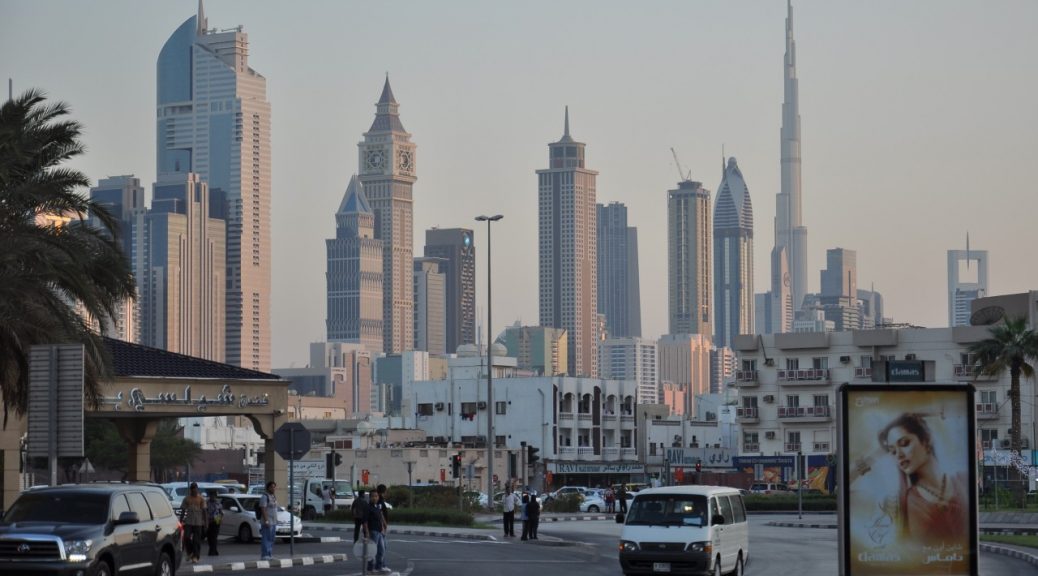 As I wrote in my previous post, the United Arab Emirates is another world. That becomes more obvious as we drove on the six-lane highway from Sharjah to Dubai. I realized that everything is bigger and more modern than what I have been used to civilized standards: big cars (mostly SUVs), wide streets, huge airport, tall skyscrapers, mega malls, artificial islands, air-conditioned bus stops and more.

We were looking for an Internet connection as we cruised around the city. In the bikerscafe in Jumeirah we found an option to use Wi-Fi. Then we discovered a beautiful beach behind the cafe, which was quite empty. Here we stayed the next days until we arrived at a friend of Guillaume. We applied for our visas for India and explored the huge shopping malls (I bought nothing). We met with Abdel whom we’ve met in Iran before. He rented a car and we decided to go together through the UAE. [...]

We arrived in the United Arabic Emirates by boat from Bandar Abbas to Sharjah. It took us 10 hours to cross the Persian Gulf. At the harbour we waited long to got our stamp for the Emirates (we’ve got a free 30 day tourist visa) and passing the security check, because it was not well organized. We used the time to weight our bikes, there was a big scale at the checkout. My whole bicycle with all the stuff weight 58 kg and Guillaumes bike weight 61 kg.

It was in the afternoon and it was still hot when we left the harbour. We decided to stay this night in Sharjah and cycling the next day to Dubai. As I saw Sharjah I was very impressed about this new and modern city. The last modern city I saw on my trip was Istanbul –  three month ago. It is very neat and clean everywhere. You see a lot of Indian and Pakistani working for the municipality to keep the city clean. All the streets were full of new cars, especially SUV. When we cycled on the road, it was so quiet, because the cars didn’t make much noise and the driver didn’t honk all the time (like the last three month). Also it seems that everybody speaks english well. We found a nice park by an artificial lake and slept under a palm. [...]