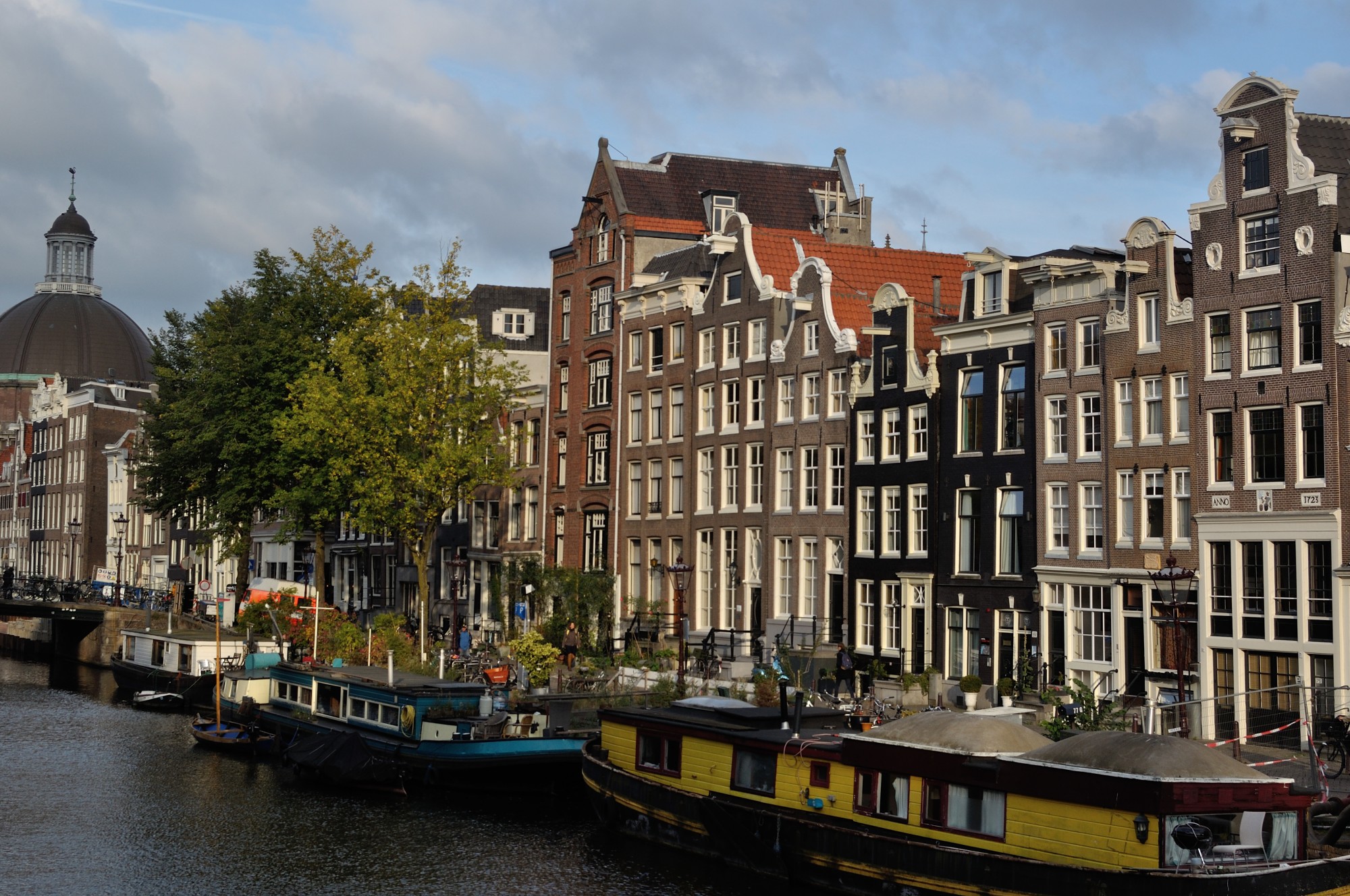 These places are well hidden. But you can find the exact position online and so I found a place to camp where I didn’t got disturbed. On the next day I cycled through Zwolle and Kampen, two beautiful little towns. It was easy to cycle on the roads and cycle paths, but I wouldn’t have expect nothing else. At the evening I went to another Paalkamperen site.

This time I wasn’t be the only one. I had nice companion. On the camp site I’ve met a Dutch guy called Louis. At first I thought he would living there, because he got so much stuff with him. But he was on a bike trip as well. He had an trailer that weight 50 kg and dog with him. We got along very well, though he was 20 years older than me. In the past he worked with computers, but then he quit and tried other things (like me). He was cycling in Alaska (but without the dog) and he was living 7 years in a Mongolian yurt (but not in Mongolia, but in Holland). His Blog in Dutch: http://www.zelfbewustleven.nl/

We were looking for wood to make a campfire. But here was no dead wood on the ground, we had to cut it. It was allowed to cut the wood, they was a sharp saw in the campsite. We collected enough wood and a nice campfire. Louis told me about his encounters with bears in Alaska. He carried two cans of pepper spray and a bottle of olive oil, to cook for the bears (no, I mean for him). Unfortunately he got very weak and emaciated and had to end his trip early than expected, because he was diseased by a parasite. He returned to Holland and recovered. Hearing this story I felt even more connected to him, because I experienced similar.

To get into Amsterdam by bicycle was easy. There are cycle paths who are not crossing any roads for a long distance. Louis gave me the advice, where I can camp for less money. From the camspite in Zeeburg I reached the city center in 15 minutes. But the campsite was crowded, there tents were very narrow. Amsterdam is a popular tourist destination, specially for Germans. I really like the center of Amsterdam. Especially the old houses and that there canals everywhere. But two days was enough for me to see Amsterdam and I wanted to continue and get away from the crowded campsite.

When I left the city and found another Paalkamperen site, I met a like-minded person again. The Dutch guy Borg was camping there. He is in the same age as me and furthermore we had more similarities. In school he was an outsider like me and was thinking for a long time that nobody likes him. Yet he is a really cool guy. He got long hairs and out of his beard two braids were standing out. Like a Viking, but a friendly one. Unfortunately we couldn’t make a campfire this night, all the wood was wet. So we just had a cup of tea to keep us warm. Although Borg doesn’t seemed to be cold, he was still in shorts and bare foot.

On the next day I catched up Remco in Gouda. We were working on the same farm in Australia, that was three years ago. I was euphoric when I met him again. Because this time I cycled all the way from my home to his home. That’s something I really like on bike travelling, you’ve done all the way with you own power and you now exactly what’s between two places. Remco showed me around in his hometown and invited me for a round of Dutch sausages. Of course a but a piece of Gouda in Gouda. Remco would like to go travelling as well, but for the moment he got his job and friends in Holland.

I left Gouda on the same day and kept going. It got late and cycled by full moon over the flat countryside. I had to take a ferry to reach my campsite. Before I reached Belgium on the next day, I cycled through the National Park De Biesbosch. It was very quiet here. There are many good cycle paths in Holland, but still many cars. I’ve noticed that almost nobody wears a helmet. However it seems cyclist have higher priority. I tried several times to give way to pedestrians or cars, but they were always waiting for me. The people taking a lot of care on the road. The only thing that bothered me, was that motor scooter using cycle paths as well.