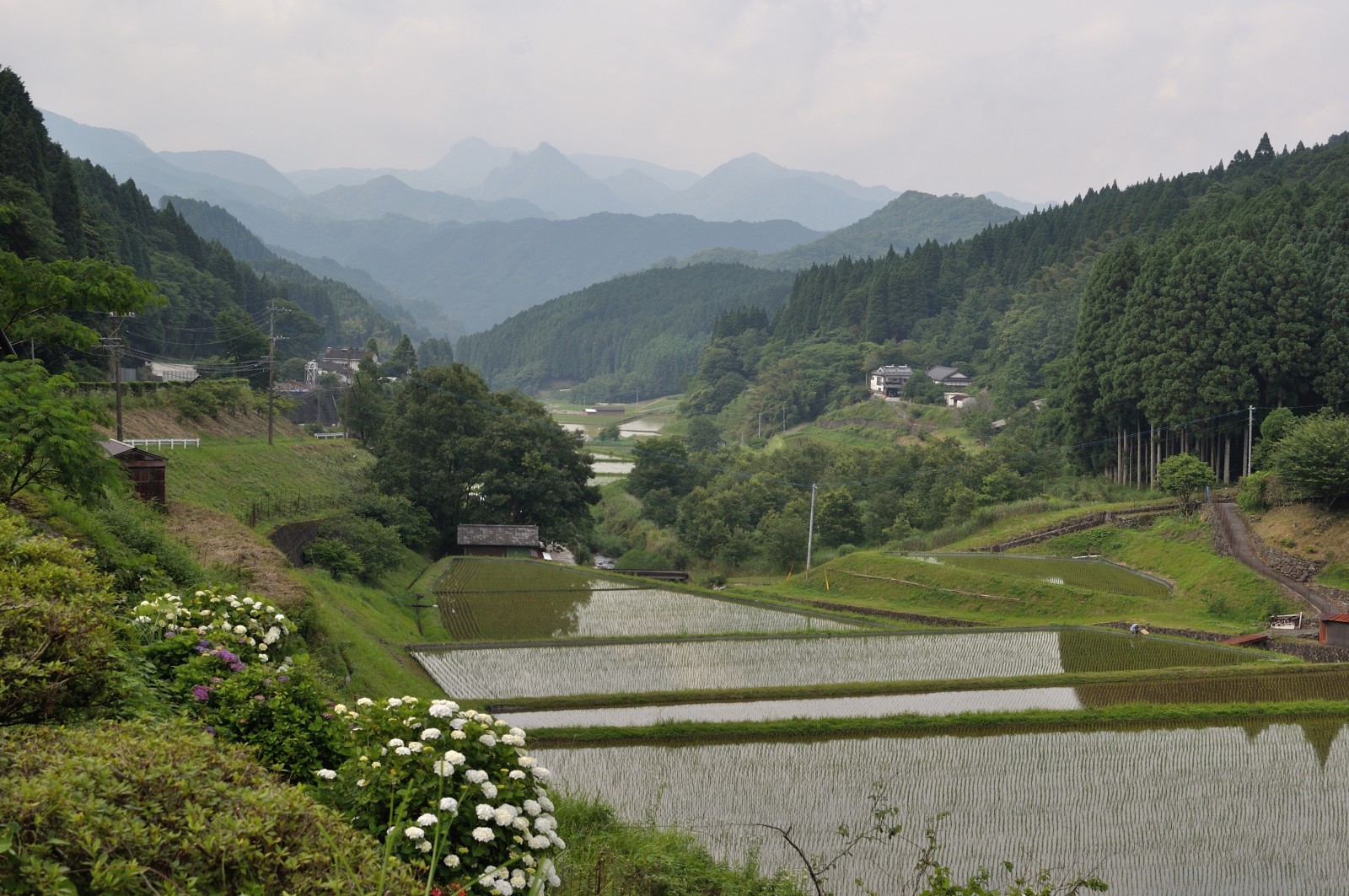 Kyushu is the third largest island of Japan, she fascinated me straight from the beginning. When the ferry arrived in Kagoshima I saw how the Sakurajima vulcano spit out big clouds of ash. I never saw an activ vulcano before and was excited about it. When I left the ferry and tried to find my way out of Kagoshima I got a lot of ash in my eyes. At first I wanted to escape from the vulcano but then I considered elsewhere and went directly to Sakurajima. Around the vulcano everything is covered with black ashes. [...] 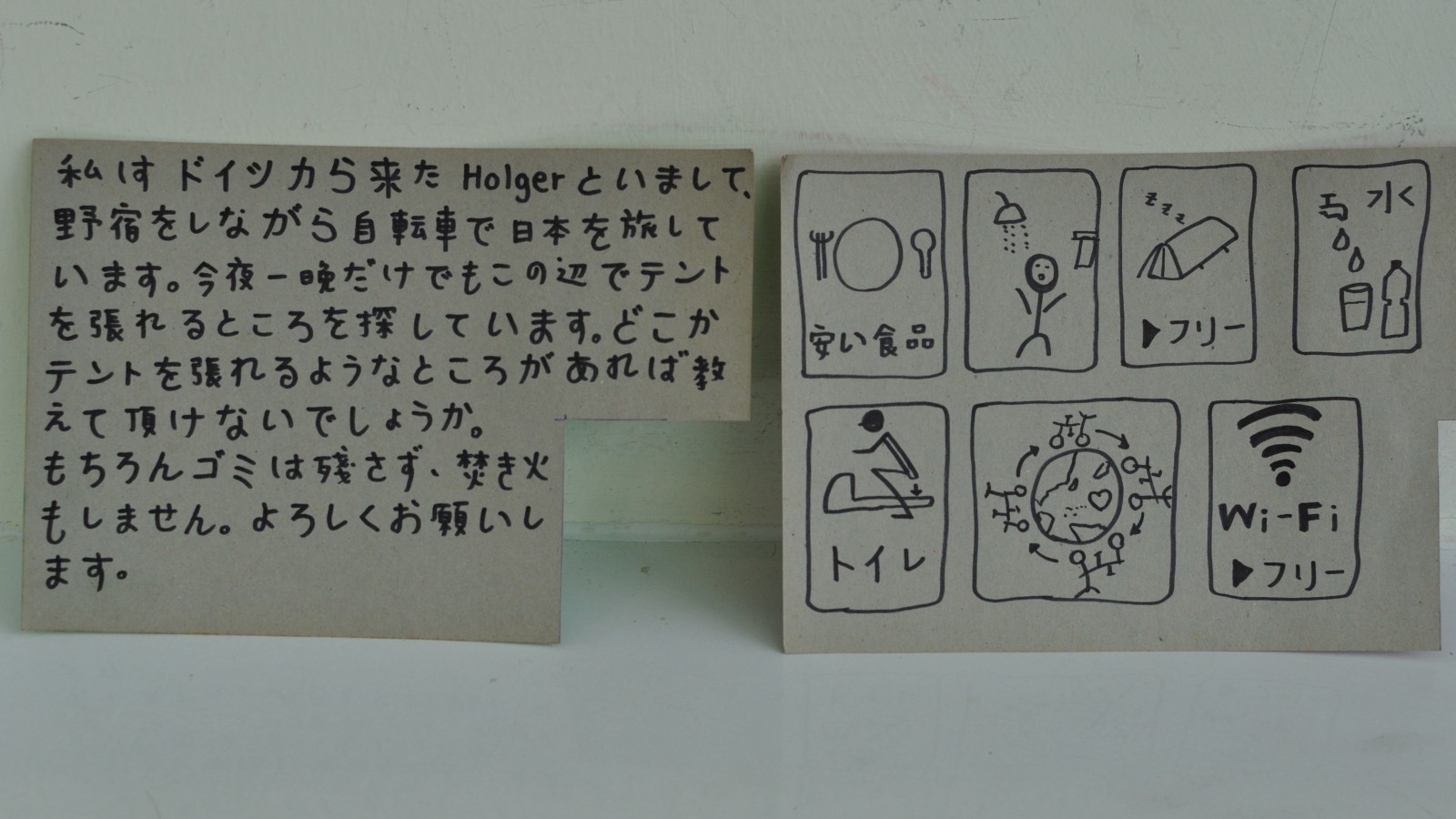 After Taiwan I continue traveling by myself. I’ve chosen Japan as my next destionation already last year. I flew on the 02.06. to Naha. Yen brought me to Taoyuan airport and made sure my biycyle comes with me on the plane. She booked the extra luggage at the counter. It was very easy to travel with her around Taiwan because I didn’t need to be worried about the language, Yen translated for me always. Before Taiwan I spent two years in Australia and New Zealand and could talk English to everybody. Now I’m going without any Japanese skills to Japan and Japanese have the reputation to have bad English skills. But I didn’t need to worry so much Yen wrote me an letter in Japanese so that people can help me to find a place to camp, she draw some pictures to point as well. The short flight was very scenery I had luck and got a window seat and the seat next to me was empty so I could stretch my legs. At the arrival there was a long queue at the customs for foreign passport holder, they are all Taiwanese tourists. Fortunately I contacted a warmshower-host in Okinawa in advance. Because for the immigration I need to give a local address and I can’t just write down “camp by the beach”. So I put the address of my host. Out of the terminal I assembled my bicycle. It was midday and very hot. I went back into the terminal and took money from the ATM that was good because most of the Japanese Banks don’t accept foreign credit cards, only at post office and 7-11. I bought a prepaid simcard from a vending machine. The simcard is for internet use only, foreigner in Japan aren’t allowed to own a simcard with an own number to make calls. [...]