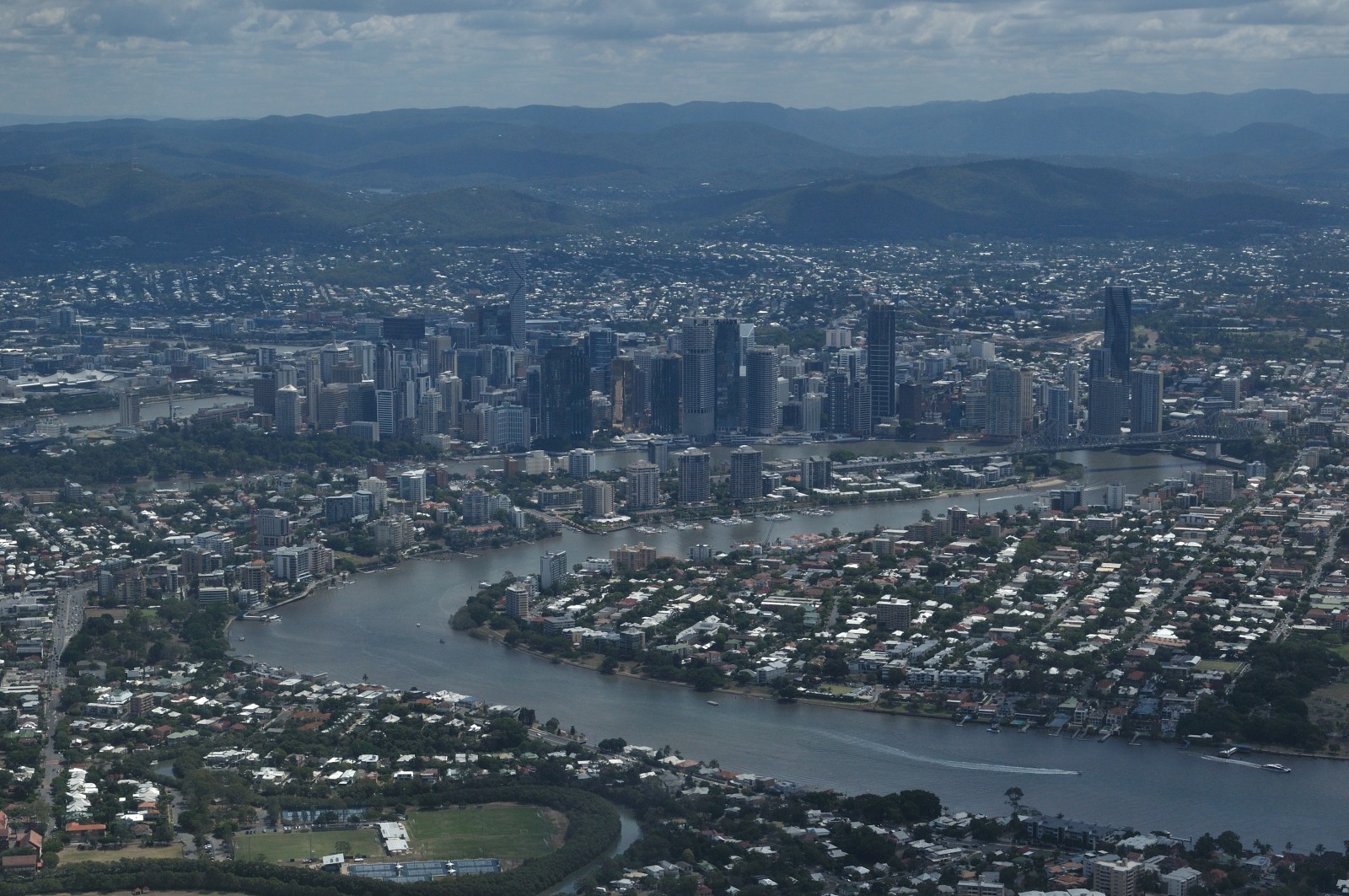 On the 22th March I flew from Hobart to Brisbane. It was my fourth flight on this trip. Before I flew from Oman to India, India to Thailand and Singapore to Australia, always with my bicycle in the luggage. Also this time it was not a problem to take my bike in the plane. I flew with Jetstar and booked 40 kg of luggage in advance and paid 200 $ in total for the ticket. When I came on board I was very happy to be assigned a seat next to the window and the two seats next to me were empty, enough space for my legs. That was a comfortable flight. In only 2,5 h I flew the distance that I cycled before in two and a half months (from October to middle of December last year).

When I came out of the terminal in Brisbane I felt the heat and humidity. It was a big difference to Tasmania where it was cooling down to 15° C when I left. In front of the terminal I assembled my bike and cycled to the Wetlands, this area I already know from my previous visit. Here I camped two nights because it was Saturday and I had to wait till Monday to go to the German Consulate to grab my new passport which I have applied last year in October in Sydney. Fortunately they kept my passport for more then 4 months in the office.

After I got my passport I cycled out of the city towards Childers where I worked last year on a citrus farm and what I want to do this year again. Before I reached Caboolture, my daily goal, I got picked up from the road by Gustav. He is 78 years old and his parents are from Germany, but he didn’t speak German by himself. On the next day it started to rain in the afternoon and it didn’t stopped raining for three days. I made 100 km and arrived at Mount Coolum on the Sunshine Coast. Here I stayed at Greg’s home who I visited one year ago. I enjoyed Greg’s hospitality again and talking about cycling adventures we had.

The continous rainfall was very annoying. When I was looking for shelter on the way to Gympie I didn’t found something and I had to camp on the gras off the road. I was sleeping next to a small creek which swollen to a big river overnight, that wasn’t a good place. After Gympie I was on the Bruce Highway which I really don’t like. I was cycling this road last year two times and now a third time. Many trucks using this road and the shoulder is very narrow. I was thinking why I’m doing this to myself. Then a ute pulled over and the driver asked if he can give me a lift. Wow, I was so happy. He was going to Bundaberg and dropped me off in Childers. I camped on the rest area and cycled to the citrus farm next day where I will pick oranges, mandies and lemons for the whole season.