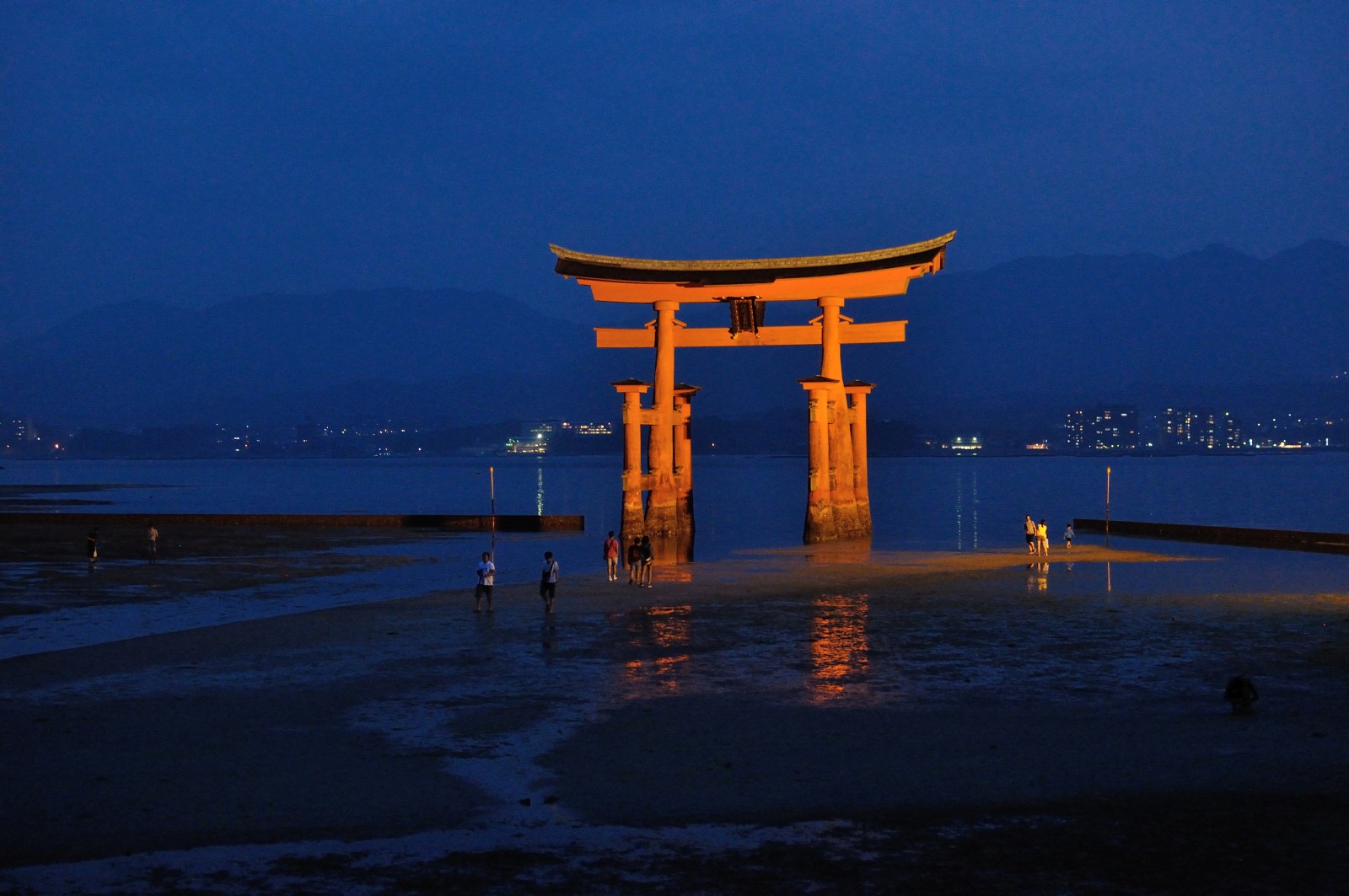 Honshu is the mainland of Japan. I entered it via the kanmon pedestrian tunnel. I followed a route that I found online on japancycling.org it’s a scenic route on quiet roads, so I didn’t need to plan my way. I cycled at first till Mine it was raining a lot and I camped next to a sports field under a small roof. The city has a big industry complex, I was thinking how can people live here, there is always noise from the factory. On the next I visited the Akiyoshi Dou Cave, it’s a big cave, I was impressed. After the cave I went to the karstland. In the evening I reached Hagi Castle town. This town has an historic city centre with many traditional houses and a castle ruin. I camped in a park by the coast.

From Hagi I went to Tsuwano, 10 km after Tsuwano is a small village called Nichihara. There is a small campsite on top of a hill. I went there in the evening, nobody was there, I pinched my tent with valley view. On the next morning the owner came, I told him I want to stay another night so that I can have a rest day. At first he wanted to charge me only for one night but I insist to pay for two nights. It was only 400 Yen per night and nobody else camped there and the owner left the place in the evening because his home is in the village. There was even an observatory where you can watch stars, but it was cloudy so I didn’t went there at night time.

When I left the countryside and turned back to the coast at Iwakuni it was busy again. The highway to Hiroshima offering not much space. I escaped to Itsukushima Island. This Island is 20 km before Hiroshima and has an famous shrine. I saw a lot of western tourists using the ferry to visit the shrine. But around the campsite on Itsukushima Island was nearly nobody. I decided to stay two nights and visit the shrine at evening time where the tide is low and you can walk to the gate which is surrounded by water during the day time. It was a great natural spectacle.

From Itsukushima Island I went to Hiroshima. My first big city in Japan that I’m going to visit. I camped at Fuchu Forest Park. This park is great, it offers a free campsite, walks and view over Hiroshima. To the city center it’s about 8 km, the only disadvantage is that the park is up on a hill. So every time when I came back from the city I had a steep climb to my camp. I stayed 4 nights. The first day I stayed at the camp because it was raining all day. After the rain I visited the Hiroshima Peace Memorial Museum. The museum is about the atomic bomb that was dropped on Hiroshima during the second world war. Apart from the museum and the Heiwakinen Park I didn’t found much interesting things to see in Hiroshima. There is no old township of course, it’s a modern city. I needed spare parts. My mattress was broken, my pedal was cracking (oil didn’t helped) and my saddle was worn out. I bought all parts new.