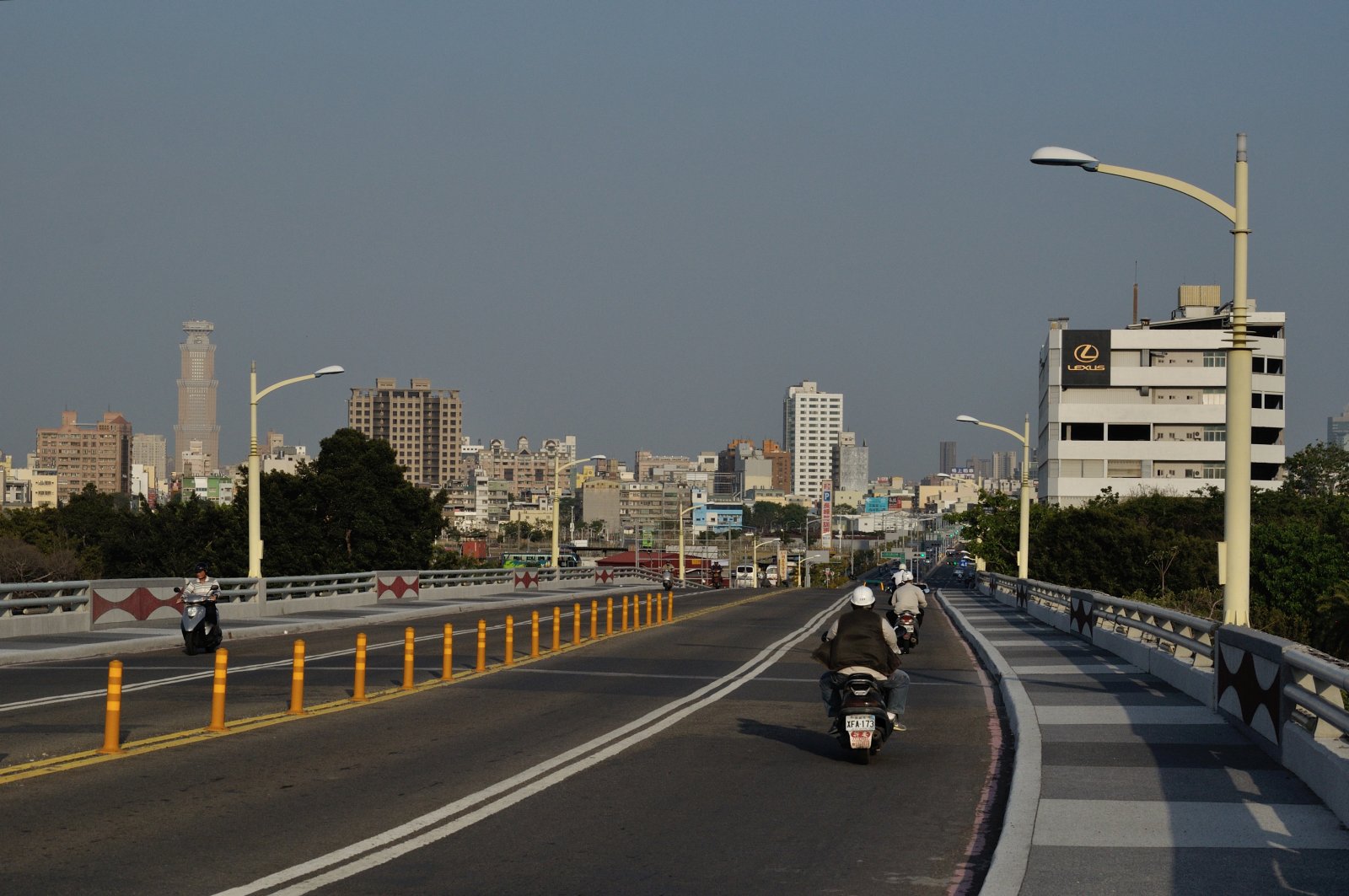 From Dongshi to Kaohsiung

On the 8th April we started our cycle trip all around Taiwan. We left Yen’s hometown Dongshi and took the cycle path till Houli. From here we cycled on major roads to Dajia where we visited an famous temple. We looked up our campsite before in the internet and stayed on a farm close to Dajia. We were the only camper, it was windy and we put our tent under the observation tower. Our first day was relaxed and we cycled 35 km only.

The second day of our trip was the most difficult day for me. We left the coast and cycled through higher populated areas. I got headache, my eyes burnt and I got problems to breathe. It was because of the smog. I wanted to get off the road asap but we were not sure we can stay today, we planed only the first day. Finally we went to Changhua and found a hotel there. It was 1000 TWD (30 Euro) for a room, we decided to stay two nights. The hotel doesn’t has a 4th floor. Yen told me the number 4 is not a good number, spoken in Chinese the number 4 sounds like death, so people avoid to use this number. I got better on the next day and we visited the Engine Shed and the Eight Trigram Mountains Buddha in Changhua.

Rested and equipped with breathing mask we cycled from Changhua on the Highway 19 till Kouhu (Yunlin County). It was a rainy day we kept riding with the wind from behind. Yen told me that why she chosen to do this trip around Taiwan against the clock, cause we will have the wind mostly from behind. We knew there will be a free campsite by the coast, we just didn’t know where exactly. We stopped in Kouhu and Yen asked somebody. I saw a cyclist trying to change his tube, but he couldn’t get of the tyre. He asked for my help and I changed the tube for him, he was on the way to Taipei. As we arrived at the campsite we were happy to find wooden platforms with a roof. So we had a dry place for the night, also other people camped here. There were even showers, but cold water only.

We cycled on the Highway 17. This road is very good to cycle, like the Highway 19 before. It’s not so busy, you got two lanes each way, plus separate lane for scooter and sometimes separate cycle lane as well. Much better than the Highways in New Zealand and Australia, where you got mostly one lane each way and a small shoulder. On the other side it’s much more difficult to cycle through cities in Taiwan as in New Zealand or Australia. We found a place to camp in an amusement park next to Taiwan’s Salt Museum. The guard there was very friendly and drove his scooter into the next town to buy us dinner.

When we arrived in Tainan, the former capital of Taiwan, we had to face a lot of traffic. We stayed in a hostel for two nights. It cost 480 TWD per person and we had luck and got one room for ourselves. Tainan is famous for his many temples, but we didn’t mind them. We visited Anping (Fort Zeelandia) where the Dutch build an fortress in the 17th century. One night we catch up with two friends of Yen. Hanna and Maggie who took us on their scooters to a night market. I played my first time mahjong bingo, I didn’t won anything but Maggie won and chosen a plushie. Those girls are very nice, they gave me a lot of food to try and let me feel special.

From Tainan we cycled to the next big city Kaohsiung. Here we stayed for one night in an exclusive apartment on the 25th floor with view to the harbour. Yen booked this in advance. When she show me the pictures and the price (only 1000 TWD) I couldn’t believe it. We had a superb view, I was very cheerful. A friend of Yen came to visit us. Her name is Joyce, they know each other from the work and travel in Australia.

On the next day we took a ferry to visit the Qijin Coast Park, then we took the MRT with our bikes to visit an schoolmate of Yen who lives in Nanzi. He invited us for hot pot in a restaurant and let us stay in his uncles house which was empty. We stayed two nights in this townhouse which was located in a new settlement all the houses around where not older than 10 years and looked all the same. We cleaned the house, it was only three months inhabited but there was a thick layer of dust everywhere. After Kaohsiung we will cycle to the most southern part of Taiwan. I pleased Yen to go there I wanna go all-around the island without taking a shortcut. Also I like the idea to see the tail of Taiwan.